Shop Now FEELING GOOD AND LOOKING GOOD ARE ONE AND THE SAME!
Home > Health Vault > Fitness > Peaking Too Early?

Don't Be Afraid / Do What Is Necessary
Every coach is nervous about overtraining or injuring an athlete. As a result, we often keep the training short of the "red line." But, with competitive runners who have high goals, it's important to not be afraid to spend some time of the year in the "red zone" as you get ready for your big race(s). Nothing instilled this more than a conversation I had with Coach Shigeo Watanabe, who coaches Yoko Shibui--the seventh-fastest woman marathoner in history with a time of 2:19:47. When asked about their training, his answer was simple: "We do the training that is necessary to win the race." Wow! How simple.
No ifs, ands, or buts with Coach Nabe. Just an acceptance of the work that is necessary to win. For Shibui, that means up to 150 miles per week with lots of marathon-specific workouts. She doesn't do this year-round but when it comes to the three months before her goal race, the gloves come off. Is it dangerous? Could she get injured? Absolutely. But as I've begun to push the elite runners I work with a little more into this "don't be afraid" mentality, new personal bests and breakthrough races are becoming commonplace.
This "no fear" strategy requires a heightened focus on recovery--including massage, stretching, nutrition, sleep and the like--but you can do it. Pick your period where you want to make a breakthrough, clear your life schedule as much as possible, then go for it! Be smart about how you progress the training, building up to your "red zone" level gradually, but then hunker down and get to work. I bet you'll find yourself not only physically jazzed for racing; you'll also be mentally pumped knowing you did the work to achieve your goal.
Use Hills to Peak on Time
The biggest mistake I made in 2009 was with peaking the Olympic hopeful track athletes I coach. Since they are young and didn't have fast times, I rushed the race-specific training so they would achieve fast times early in the season (something high school and college coaches have to do frequently) and thus earn their way into faster and better meets later in the season.
The problem, of course, is that the athletes often peak too soon. I knew this was a risk but felt the athletes needed the race-specific training to build their confidence and their fitness for these important first meets. While the athletes certainly ran fast and earned their way into better races, they peaked too soon--more mentally than physically I think, but with the same outcome.
In 2010, I'm going to add more hill training instead of the race-specific training in the early season. The athletes ran fast after their short hill training phase in 2009, and I'm confident that I can extend their hill training to later in the season. I think I can also extend the base period two to three weeks longer as we head into track season. High school and college coaches can apply this idea to their training schedules, and road racers who want to run well later in a long season can also use more base training and hill training to help them peak on time.
Delaying Fatigue with Aerobic Running
Related to peaking too early, another mistake I made was to add too much recovery to try to keep the athletes fresh. Once I saw that the athletes might peak too soon, I inserted a "down" week of just easy jogging for 30-45 minutes twice each day to allow them to recover. They recovered, but they lost their mojo. Their training after the down week was good but the interruption in training stole their momentum. The break from the training routine was just too much.
When I discussed this with the athletes after the season, they suggested that maintaining their normal weekly mileage but avoiding speed and strength workouts would have been better. They would have maintained the feeling of being "in training" and getting ready to race.
Instead, I took them out of their routine and had them focusing on the wrong thing--recovery instead of racing. Lesson learned. In 2010 with my younger track athletes, I may still need to insert a recovery week to delay their peak but I will make sure it includes lots of long, aerobic runs and full weekly volume. This will keep them physically and mentally fresh so we can charge until the end of the racing season. 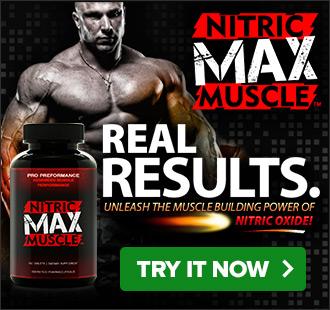